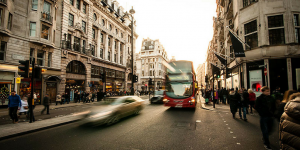 The Department of Homeland Security (DHS) has proposed new regulations that, if passed in or around early next year, would significantly change the H-1B program. The F-1 practical training and H-4 employment authorization rules would also potentially change. These proposed rules could have a negative impact on the US economy and GDP growth.

Here are the main proposed changes that could have a drastic affect on business immigration and the US economy:

Less people working, means less production and consumption of goods, which leads to a decrease in GDP. H-4 spouses who are working are contributing to the US economy in several ways: (1) working and paying taxes, (2) using income to purchase goods and services which directly and indirectly impacts the neighborhoods and States which they live-in, and (3) with additional purchasing power, more goods are consumed and produced, which leads to more jobs, profitability, and economic growth. Thus, if H-4 spouses are able to work and produce income, they then spend their income on other goods and services which bring economies of scale; however, it is likely that the opposite is also true if they are not allowed to work, then we will see diseconomies of scale or a downward trend in GDP.

(2) H-1B cap lottery electronic pre-registration and selection. In 2011, there was a proposed rule that would require H-1B petitioners to pre-register for the H-1B cap lottery and to submit cap petitions only after they have won cap numbers. This rule may now be implemented soon. DHS also plans to propose a priority system for allocation of H-1B cap numbers, which would give priority to the most-highly paid and highly-skilled workers. This rule is stated to be in accord with President Trump’s Executive Order (EO) “Buy American, Hire American.”

This EO appears on the face to be a good thing for America. However, with a closer look, we will see that this policy is likely to lead to stagnation and not continued expansion. First, the complexity of the regulation makes the process more burdensome for employers, therefore it will be more costly. Secondly, the H-1B was not designed to only permit the “most-highly paid and highly-skilled workers.” It was designed to make sure that workers with a minimum of a bachelor’s degree that work in a specialty occupation would be able to make an entry into the workforce and be paid the prevailing wage that all US workers in such occupations are paid, in order to not drive wages down. This policy could have the opposite effect, driving up wages, which would led to the price of products and services being increased, then leading to less consumption and production, and driving GDP down.

(3) H-1B eligibility criteria and wage requirements. DHS plans a revision of the definition of H-1B specialty occupation to “increase focus on obtaining the best and brightest foreign nationals.” It plans to propose new definitions of employment and the employer-employee relationship in the H-1B context, for the purpose of protecting U.S. workers and wages.

As I stated above, requiring the H-1B to be only for the “best and the brightest” was not the intent of Congress when creating this immigration status, rather the H-1B status is for highly skilled workers with a minimum of a bachelor’s degree who will work in a specialty occupation. For the “best and brightest,” we already have a temporary visa for those individuals – the “O-1 Visa: Individuals with Extraordinary Ability or Achievements.”

Please note that these are proposed regulations and will not have an immediate effect but it is a clear indication of the government’s position. The DHS will use its regular administrative procedures and will allow comments from the public. The rules would take effect after the agency completes the approval process so whether it will affect this coming year’s FY2020 H-1B cap season remains to be seen. We will keep you updated as we hear of any changes occurring. See the proposed rules here.

Subhan Law Analysis: It is important to stay up-to-date and be ready to adapt to the new changes if you have a work force that relies on H-1B visas. Employers should stay tuned to other potential changes to the H-1B program in the coming months. Contact us to discuss the H-1B proposals and how they would affect your business and what alternatives may be available.

This alert has been provided by the Subhan Law Office, LLC. For additional information, please contact info@subhanlaw.com.